Home / The school / Our Campuses and Partners / Campuses

An urban campus in the heart of the Alps

The main Grenoble Ecole de Management campus, situated in the center of Grenoble, capital of the French Alps, is the emblem of the School and of its brand.

Built in 1992, it is located 2 minutes from the railway station in the Grenoble Europole business district, a stone's throw from the city-center. Resolutely modern and futuristic, GEM's immediately recognizable spatial architecture is eye-catching with its slender lines and subtle mix of materials such as glass, metal, wood and concrete. It reflects not only the innovation of Grenoble's ecosystem, but also the openness and integration of GEM in the heart of the city.

Adjacent to the main building, a 9-storey tower - known to have one of the most beautiful views in Grenoble - was built in 2008 to support the exponential growth of the School, its staff and its activities. The total surface area of the complex is 34,000 m2.

If you go up "to the Bastille" like everyone who discovers Grenoble or like many Grenoble residents who enjoy walking or running up the mountain, you won't be able to miss the GEM building, which, when you look at it from above, has been designed in E. An E for Education, of course.

A Strategic Positioning in the City 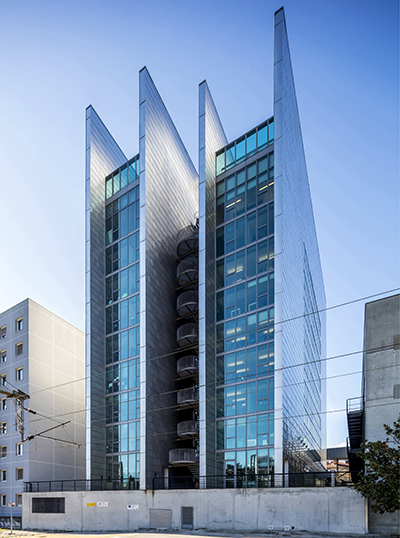 A place of passage and meetings, the Europole district is a mix of local shops, bars, restaurants, homes and office space. Served by multiple means of public transport, this district is home to numerous businesses, the new courthouse, and the international school district. Europole occupies a strategic position in the city by linking the city-center and the new Presqu'île / GIANT district, which brings together not only scientific research and technological innovation centers such as the CEA, the Synchrotron, the CNRS... but also GEM Labs - GEM's other Grenoble campus.

When entering the main campus of GEM, known as "Semard", visitors are immediately struck by its monumental hall. Then it is the incessant movement, a real beehive effect, which is felt through the presence of students, executives of collaborating companies who occupy the spaces, discuss, concentrate, laugh or defend their convictions. Like its city, the GEM campus is buzzing, laid-back and full of energy. Not a day goes by without an event taking place in the hall: company meetings, CSR workshops, festivals, fashion shows, and even a ski sale. 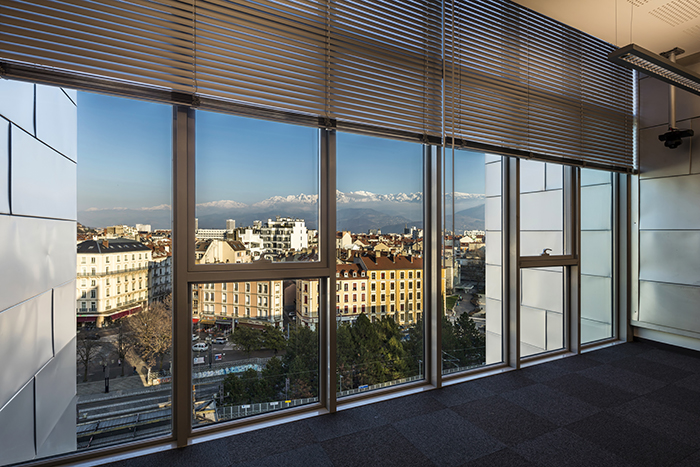 In the hall, the GEM store and the Café Perret welcome visitors. The library and its workspaces are located at the back of the hall, opposite a suspended work of art all in curtains, a true hymn to movement. The 3 levels of the building consist of classrooms, group work rooms, auditoriums with 40 to 180 seats and offices for GEM staff. The central location of the school, the GEM association corridor is one of the largest in France. Each of the 22 associations has its own room. In the tower, reserved for the teachers' offices, you will find the Student Experience and Employability Service, an essential place to accompany students on their journey from their entry to GEM to their exit into the professional world. The highlight of the visit is the 480-seat auditorium, the construction of which was a real technical feat as it is at -6 meters while the water table at this point is at -2.5 meters.

In short, the GEM campus in Grenoble is an urban campus with futuristic architecture, just a stone's throw from nature, from the city center, from Grenoble's innovation and science hub, a zero-waste campus, a lively district, with ideal proximity to the train station: so many good reasons to come and discover it. 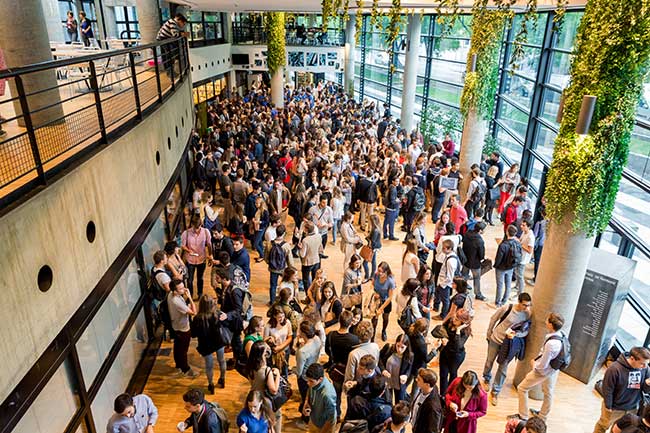