Home / News / Low-Carbon Investments: how do they impact socio-economic inequalities in Brazil?

Low-Carbon Investments: how do they impact socio-economic inequalities in Brazil?

A groundbreaking study published in the scientific journal Climate Policy in 2020 sought to measure the impact of low-carbon foreign investment on inequality, employment, and poverty in Brazil. The results of this study are now used as a basis for recommendations to international development aid authorities and stakeholders at COP26.

Inequality, unemployment, and poverty impacts of mitigation investment: evidence from the CDM in Brazil and implications for a post-2020 mechanism, , is the title of the large-scale study, conducted by David Grover, a Professor and Researcher in economics at Grenoble Ecole de Management, and Swaroop Rao, a Mechanical Engineer, graduate of the Karlsruhe Institute of Technology (KIT), and Doctoral Student in Economics at the Energy Management Department at GEM. This study, which focuses on the probable impact of past and future "clean" investments on inequality, unemployment, and poverty in Brazil is lined up to be one of the supporting studies for recommendations in the field of international low-carbon development aid policies at COP26.

Indeed, Article 6 of the Paris Climate Agreement provides for the creation of a successor to the Clean Development Mechanism (CDM), which is derived from the Kyoto Protocol, supported by the United Nations, and the parameters of which are currently being operationalized.

Focus on the CDM

This research, conducted by David Grover and Swaroop Rao, draws on scientific literature, which analyzes the relationship between Foreign Direct Investment (FDI) and inequality factors in FDI host countries. "Our study covered all low-carbon investment projects in Brazil between 2003 and 2010. Using secondary data, extracted from the census in small geographical areas, we compared the evolution of socio-economic situations in areas that have experienced CDM project activity with those that have not," says Swaroop Rao.

The authors state: "In 2000, the population of Brazil was about 168 million. Approximately 55.3 million people live in an area where at least one CDM project is present.  Therefore, we can conclude that these 55.3 million people have experienced some economic impact from these investments, even if these impacts are indirect. There are small projects, such as the installation of a small biomass power plant in a small village, as well as very large projects, such as the construction of huge hydroelectric dams. "

The Impact of Low-Carbon Projects is Clearly Positive

"For all types of projects taken together, our study shows an overall reduction in poverty, income inequality, and an increase in job creation. On the other hand, some initiative profiles have generated a clearly positive impact, in particular the "methane avoidance" projects. This is the case, for example, of the modification of certain industrial processes aimed at reducing greenhouse gas emissions. The positive effects were less or non-existent for hydro, biomass, and wind power projects," states Swaroop Rao. 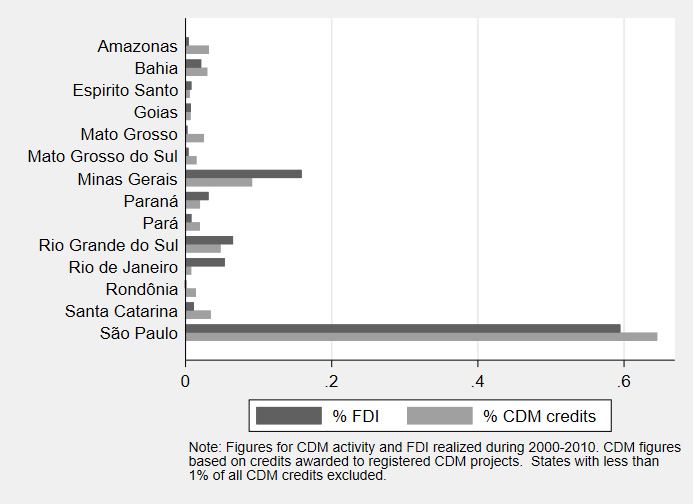 Targeting the Most Disadvantaged

It is true that, when all types of projects are taken together, these low-carbon development projects have positive overall effects in socio-economic terms. In the area, these projects create local employment, particularly in the primary sector (agriculture and mining) and in industry. The main recommendation that results from this long-term study is therefore to provide significant training for the least qualified individuals in the field of sustainable development, in order to notably reduce socio-economic inequalities. The study points out, however, that it may be counterproductive to focus solely on reducing the carbon footprint, without taking into account the socio-economic effects.

"In summary, it can be noted that low-carbon investments have potentially positive socio-economic effects. However, these investments require a coordinated effort to quantify and evaluate the benefits. In other words, it is only possible to act effectively to reduce inequality, unemployment, and poverty if the social impact of clean investments can be accurately measured," concludes Swaroop Rao.