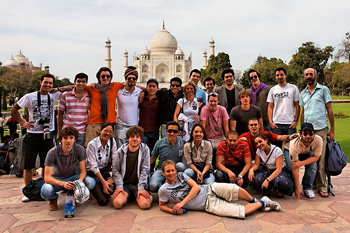 An interesting example to start with, is the example of when McDonald's decided to enter the Indian market.
In that case, they carefully studied the moral and culinary preferences of the locals before entering the market with ingenious strategies. In India, where tastes and diets differ greatly from region to region, the company formulated not only vegetarian menus, but also menus suitable to the various Indian customer preferences: no beef for Hindus, no pork for Muslims, but traditional Big Macs in the parts of India where the majority of people eat beef. For vegetarians, the burgers aren't just meatless: they're prepared in "vegetarian only" kitchens with Indian flavors and eggless mayonnaise. Through this, McDonald's had recognized the essential truth:
The Indian identity thrives on difference and multiplicity, defying homogeneity at every level in a country where you just need to travel as little as fifty kilometers and everything changes: religious and spiritual beliefs, languages, dialects, dressing styles, mannerisms, customs, food...

This example highlights clearly the fact that India’s society can be considered as a Rainbow of Contradictions.

In fact, modern India takes pride in continuing its tradition of "unity in diversity." 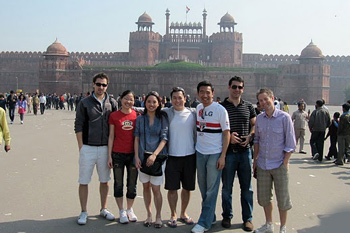 Every piece of paper currency, from the ten-rupee note to the thousand-rupee bill,has language printed on it in all (over a dozen) official scripts. Even minor restaurants serve up a range of cuisines from at least four regions of the country; women drape sumptuous six- to nine-yard saris in no fewer than a dozen different ways; the variety of indigenous textiles, art, and crafts seems endless; and Hindus, Muslims, Buddhists, Jains, Sikhs, Parsees, Christians, and Jews can be seen offering prayers in their own unique, traditional manner. At your hotel, they may not serve beef because of the reverence Hindus hold for the cow. Yet you may hear the conversation of a Hindu man from Kerala seated at a nearby table telling his wife on a cell phone that he will return home tomorrow and would prefer a beefsteak for dinner. In the morning you might run into a purist who would not marry anyone related to him through any of the ten previous generations —a common requirement in North India. In the evening, you might meet another purist from the south of India who would only marry his daughter to one of her uncles.

In conclusion, we have to recall the historical origins to which the Indian identity arises out. It is a complex mix of many strands—Islamic invasions, British subjugation, Christian conversions, Hindu tolerance, Sikh orientation to service, Sufi inspiration, Buddhist dedication without ritual, and many more woven into a friendly and intelligent tapestry of culture. Somehow India itself, like the henna foliage that grows here in profusion, always comes out with better colors after each grinding— with the result of an unmatched blend of beauty, courage, resilience, tolerance, optimism, and an ever-readiness to adapt and change.

Emerging middle class will continue to drive the demand of new goods and services, and the tax and fiscal reform (VAT in 2005) will support growing demand. Anyhow, competitiveness could be enhanced through further deregulation and liberalization.

Moreover, the structural reforms in the private sector are boosting the GDP growth trend in the past years. Private sector development contributes to the saving and investing in all sectors. Most consumer goods are produced in a highly competitive market (pharmaceuticals, software etc.).

From a global perspective, the development of the infrastructure is the most critical factor. The problems range from pollution, to an inadequate supply of clean water, to shortages of food. Problems arose mainly because the local authority doesn’t have sufficient funding to engage huge modernization plan. Nallathiga (2010) provide a global study on today situation, proposing non-conventional means of resource mobilization.

From a social perspective, India is producing a lot of very skilled workers, who are willing to take advantage of the favorable expansion climate. This population becomes the fuel for future development, having a more entrepreneurial mind-set than older population. 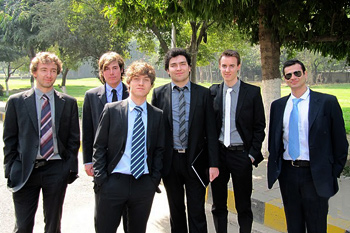 This residency trip was a huge success and students saw the relevancy of such trip combined with the integrative case study for the MSc Business Development.

In addition, several students show their interest in doing an internship in India because they saw the opportunities of business development. In addition, the richness of this country is so important that India requires time from us to discover and even to appreciate more this wonderful country.

For most of us, it was the first time in an emerging country. Thus, it has helped us to change our appreciation of the globalized world and to put all our previous experiences into perspective.

To sum up, we came up with one booklet that could have been different because each of us has a different opinion about what she/he saw. However, we found some compromises and trade off that actually helped us to create new synergies within the group and to strengthen the relationships between students.