Maintaining the link with our alumni and highlighting their initiatives

The Dean and Director of GEM and Alumni Services keep Alumni informed via emails and other regular "GEM Alumni" communication channels. GEM is keen to promote, via social networks and the press, alumni impactful projects, most notably the public interest initiatives.

GEM's Chinese DBA (Doctorate of Business Administration) graduates based in Chongqing – a city of over 30 million inhabitants in the southwest of China – sent 2,500 masks to Grenoble on March 11th (1,800 FFP2 masks and 700 surgical masks). The masks were received 12 days later by GEM Professor Jie Yan, who oversaw the operations from Grenoble. 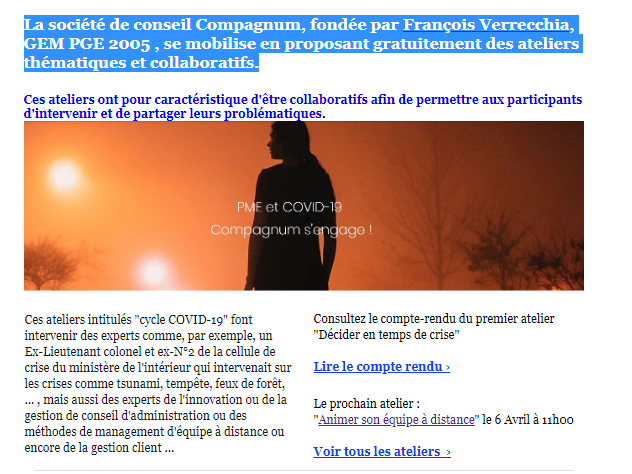